ER doctor reflects on a year battling the COVID-19 pandemic

By ALEX MacLEAN The Union Democrat 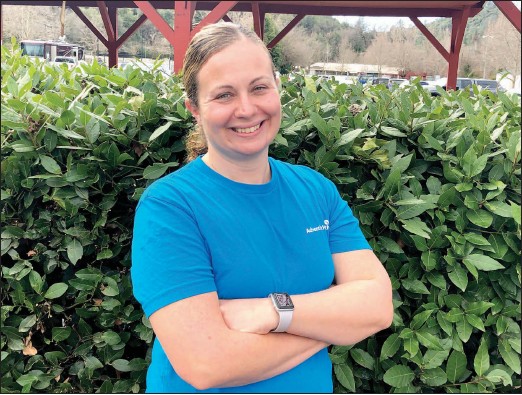 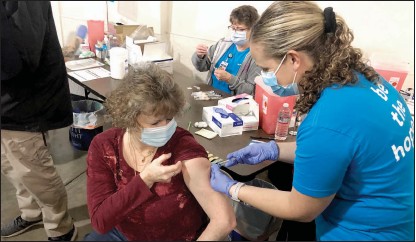 Dr. Stephanie Stuart is among the millions of health care workers throughout the United States who have risked their lives on the frontline of the COVID-19 pandemic over the past year to protect their communities. Stuart, who works in the emergency department at Adventist Health Sonora, recalls the anxiousness and uncertainty she and her colleagues felt when the new disease first emerged. “At first it didn't come to Sonora, so we were holding our breath,” she said. “There was a lot of concern about how bad this was going to be, because Sonora is a retirement community.” The first case of COVID-19 in the county wasn't identified until late March last year, weeks after the World Health Organization had officially declared a global pandemic. Stuart said she and her colleagues regularly take care of patients every year who are critically ill from other infectious diseases like flu and pneumonia, but there was little known at the time about the novel coronavirus. “A lot of us at first were waiting for when we had our first patient test positive. Then, when it would happen, it's like `Did I wear all the right protective gear?' ” she said. The first real wave of cases in the county didn't hit until summer, though it paled in comparison to the second wave that began in November. Stuart said the hospital's ER saw an exponential increase of people being admitted for COVID-19 around Thanksgiving, at the same time as others throughout the region were running out of room. That lack of capacity was particularly stressful for Stuart, because she said Adventist Health Sonora relies on other regional hospitals in places like Modesto and San Francisco for certain specialized treatments and procedures. “There was a challenging six weeks where we weren't able to get them where they needed to go,” she said. “That was a helpless feeling.” The county went from less than 300 confirmed cases and six deaths attributed to COVID-19 prior to November to more than 3,500 cases and 49 deaths by the end of January. Stuart herself said she treated multiple COVID-positive patients during that time who did not survive, including people who were members of the same family. Several members of the local medical community whom Stuart personally knew also died from the disease during winter surge, such as longtime dermatologist Dr. Gary Wright and retired internist Dr. Terril Spitze. “That makes it a little different when it's people you know,” she said. The surge began to slow down by mid-January at the same time as the initial batches of the COVID-19 vaccines started to arrive, with health care workers like Stuart being the first eligible to receive them. Nearly 3,000 health care workers throughout the United States died of COVID-19 last year, according to analysis by Kaiser Health News and The Guardian newspaper. Though some of Stuart's friends from medical school have come down with serious illness over the course of their work, she said that they are fortunate not many people on staff at Adventist Health Sonora have gotten sick. Stuart said she got vaccinated in December and described it as feeling like a Christmas present, because she spent much of the pandemic concerned about potentially bringing the virus home to her husband and two children, ages 14 and 9. “This is probably the first time for any of us to be afraid of infecting our own families,” she said. “The vaccine coming out has really helped with that feeling.” In addition to their work duties, Stuart said health care professionals like herself have also had to deal with the other stresses brought on by the pandemic, such as children not being in school, social isolation, and not being able to see family members. Stuart is a graduate of John Hopkins University in Baltimore, one of the leading medical research institutions in the U.S. that has also become the foremost authority for global data COVID-19. Her family's roots in Tuolumne County go back multiple generations, which is one of the reasons she wanted to move back in 2011 when the job at Adventist Health Sonora became available. As an emergency physician, Stuart typically works 10-hour shifts up to four days per week. However, she also can work seven days in a week, on holidays and weekends because the ER must be staffed 24 hours a day. Stuart said the lack of predictability is one of the reasons she loves emergency medicine. “One day it's quiet, the next it can be chaos,” she said. “It helps to have a supportive family and spouse, make sure you're exercising, and get a lot of sleep when you can. All of the other members of the department are very tight knit.” Stuart and other doctors and nurses at the hospital now volunteer their time on the weekends to help give people shots of the COVID-19 vaccine at regular clinics hosted by the hospital at the Mother Lode Fairgrounds in Sonora. The experience at the clinics has been a welcome and hopeful change of pace, Stuart said. “When people come to see me, it's usually a bad day for them, so to get to see people in the community who are happy and coming to see me has been very rewarding,” she said. “It feels really positive to be able to do something to protect them.” Contact Alex MacLean at amaclean@uniodemocrat.net or (209) 768-5175.